Many of us visit the circus to be in awe of the animals and amazed at how well ?trained? they are. This year, before going to the circus consider the lives these animals live. Training with animals can be rewarding for the trainer and animal when done with respect to the animal. At the sanctuary, we use operant conditioning which involves rewards and positive reinforcement. We always try to keep our sessions fun and base the length of the session on the animal?s reaction. Training helps us perform veterinary care without adding any stress to?the animal. Many of the animals enjoy the attention and it keeps them mentally and physically active. 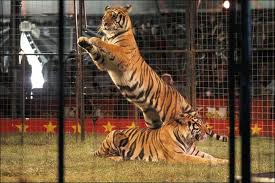 Numerous circuses use scare tactics, beatings, starvation and punishment as ways to coerce wild animals to perform on cue day after day. Animals are forced to perform unnatural behaviors such as tigers hopping on their hind quarters or jumping through hoops of fire. These animals are stressed and scared and could very likely attack.

In 2011 The Ringling Brothers were given a settlement of $270,000?for alleged violations of the Animal Welfare Act (AWA) dating back to 2007. This is the largest animal abuse settlement in history. Some of the charges included a lame elephant forced to perform, a baby elephant who died during a training session, and the death of a lion.

Not only are the performing and training conditions terrible but so are their living conditions. Circuses only stay in town for a few days at a time which means a lot of travel time for the animals. The USDA only requires an enclosure to be big enough for the animal to stand up and turn around but even less is required for travel. Once the animals are in cages the handlers are only required to let them out once every 60 days! Performing or being moved to a different area for even a few minutes is enough to start the 60 days over again. 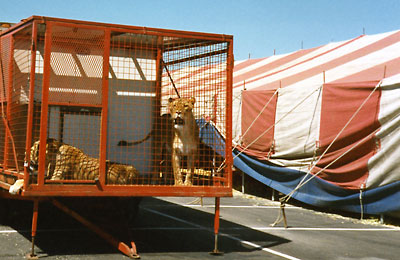 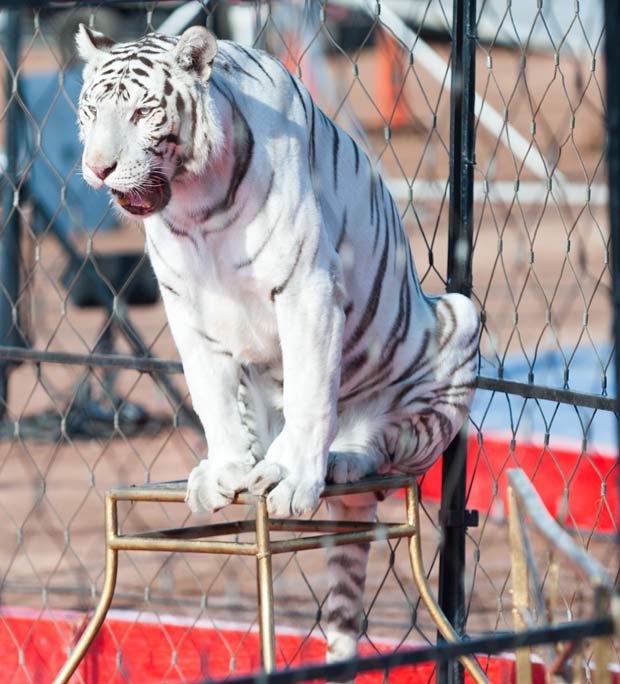 White tigers are also a big attraction in circuses. Many claim they have ?Royal White Bengals? or ?Snow Tigers? but in reality it?s just more abuse taking place. White tigers are inbred to achieve the white coloration. A white tiger is simply a Bengal tiger with a recessive gene not a ?Royal? or ?Snow? tiger. Of course with inbreeding there are a lot of health issues that follow. Most white tigers are crossed eyed, have physical disabilities or physical deformities. Parading white tigers around the circus is just fueling the untrue myth of white tigers.

Despite all the abuse taking place, circuses are still as present as ever. The United States is still one of the few countries left that allow animals to perform.?Austria, Greece, Costa Rica, Peru, Boliva, India,?and Twaiwan are just a few countries who?have a nationwide ban on the use of exotic animals in circuses (for a full list visit Animal Defenders International.)?Circuses can provide non-abusive entertainment by continuing their human acts and by taking the animals out of the show. So this summer when you see all the flyers around town, please think twice about what these shows are. 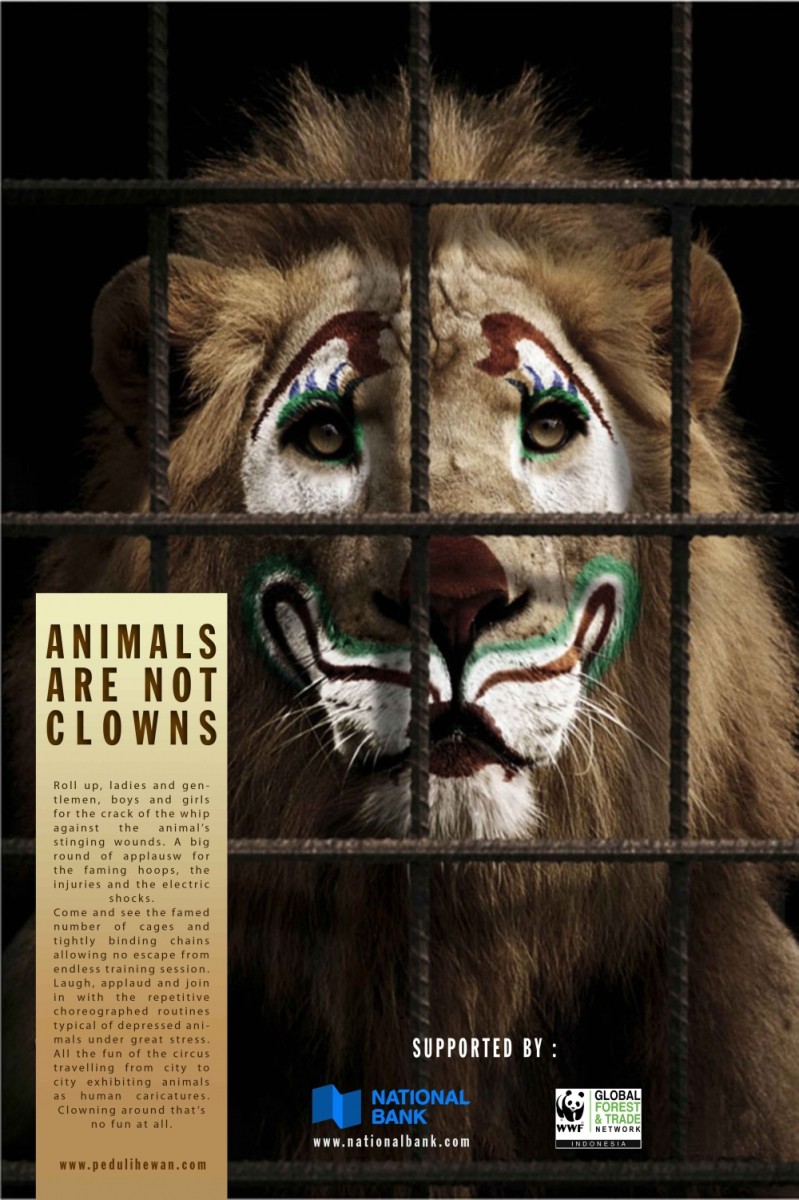